Getting Yet Another Thing Wrong 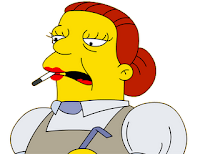 It's no secret that The Feds have done little to improve student achievement through their heavy-handed meddling, but you may be surprised to learn that's not the only thing they're screwing up at your local public school:

In the past three years, the government has provided the nation's schools with millions of pounds of beef and chicken that wouldn't meet the quality or safety standards of many fast-food restaurants, from Jack in the Box and other burger places to chicken chains such as KFC, a USA TODAY investigation found.


No doubt that's because if Jack in the Box starts making their customers sick, they tend to start losing customers.  The public schools often can't lose their customers unless those customers sell their house and move or pay twice for education.

For chicken, the USDA has supplied schools with thousands of tons of meat from old birds that might otherwise go to compost or pet food.


That certainly inspires confidence when the only other uses for the food the Feds are serving to children are pet food and compost.

But don't you worry Congressman Miller is on the job.  Er, will be one the job.  Someday.

"If there are higher quality and safety standards, the government should set them," says Rep. George Miller, D-Calif., chairman of the House Committee on Education and Labor. "Ensuring the safety of food in schools is something we'll look at closely."


I guess he was too busy grandstanding at Reading First hearings for political gain instead of worry whether poor children were being fed pet food for their free and reduced price lunches. (And whatever happened to all those Reading First indictments we were promised?)

Even McDonald's has enough sense to not feed their patrons pet food.  And, they manage to serve you a hamburger for only a dollar.  A non-pet food grade hamburger I may add that has been voluntarily tested for safety at a ten times greater rate that the Miller burgers.

McDonald's, Burger King and Costco, for instance, are far more rigorous in checking for bacteria and dangerous pathogens. They test the ground beef they buy five to 10 times more often than the USDA tests beef made for schools during a typical production day.


I simply can't wait until the Feds are in charge of my health care decisions too.
Posted by KDeRosa at 10:42 AM 25 comments:

“We here at The Times are not scientists. We don’t collect the data or analyze it, and so the best we can do is to give our readers a sense of what the prevailing scientific view is, based on interviews with scientists” and the expertise of reporters...

That comment came in response to the recent Climategate scandal which the Times has not unexpectedly underreported.  But. it also explains why the Times gets so many education stories wrong too.
Posted by KDeRosa at 8:11 AM 8 comments: