The perfect article for rubberneckers 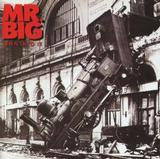 Are you the kind of person who's repulsed by, yet oddly attracted to, accident scenes while driving on the highway?

If so, you're going to love this longish article in the St. Petersburg Times about the ninth grade experiences of four students from a bad neighborhood. (hat tip Sherman Dorn)

You get to read about bad family life, poor parental influence, drug and alcohol dependency, truancy, the obligatory toothache (score!), scads of emotional and behavioral problems, classrooms out of control, and a little hint of bad teaching.

Ultimately, however, the problem with such articles (and TV shows like this year's The Wire) is that we are only brought in after the crash has occurred to witness the carnage. When you're brought in this late to the game, it's difficult to piece together the true causes of the accident. These articles always make it clear that these kids crashed academically, but figuring out when or why is more problematic.

Bad family life contributes greatly to the problem and such deficiencies always shine through brightly in such articles. They overshadow (Ed: is that a mixed metaphor?) the other mighty contributor of the problem--the schools themselves.

And, it's not necessarily the schools these kids are in now. In such neighborhoods, middle and high schools are relegated to a triage and damage control function. Most kids are so academically damaged by this point that there's little a school can do to remediate (assuming they know how) because remediation at this age requires the assent of the student and most students aren't going to give consent. What's the point?

One of life's greatest ironies is that teenagers get to make most of life's biggest decisions. And, kids from these neighborhoods tend to choose wrong.

What I want to see is a documentary following two classes of kids from one of these bad neighborhoods. Kids in both classes would have the same family problems and poor academic preparation and poor parental support. The only difference would be that the first group would start out in kindergarten in a classroom which provides effective instruction while the second group is put into a typical classroom in which most of the kids will fail academically.

Then we'll track both groups through grades K-8 and see first hand the devastating toll that academic failure takes on the second group and how academic success serves to at least partially ameliorate the bad family lives of the first group.

I love The Wire and this season was no exception. I winced at a fair bit of the school storyline, though, especially the rabid anti-testing theme. Before "test prep" took hold, the students were ENGAGED in their activities and HAVING FUN while learning. During the runup to the test, though, the lessons were CRUSHINGLY BORING. Hmmm..is there a message here?