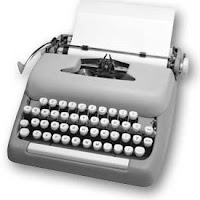 Actually, what they do often do is oversell the academic benefits of this technology. I love the irony of all these smart and knowledgeable people writing entries for other smart and knowledgeable people to read telling how the only thing holding back dumb people from educational attainment is better access to technology. Like the ditch-digger down the street who can barely put together a coherent though is capable of getting much out of the internet as they do. There's a large gulf between those with only a little bit of knowledge and those with a lot and google isn't capable of bridging it.

But let's not fight about that. There'll always be other posts for that. Let's find something I think we all agree upon: that schools are abusing the call for 21st century skills to draw attention away from the bad job they are currently doing. 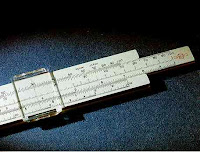 Take for example today's top story in the Massachusetts' Standard Times about how Fairhaven High School's new plan to make itself into a 21st Century school which is promised to "equip students with the necessary knowledge and skills to be successful in today's world." As usual the devil is in the details.

Schools seem to follow the same script. First they wipe the slate clean and give the impression that they were doing a marvelous job back in the 20th century, but that simply isn't good enough anymore.

"Even though we're facing these difficult economic times, our commitment to kids has to stay strong," said Fairhaven High School Principal Tara Kohler, who presented the plan to the School Committee last week. 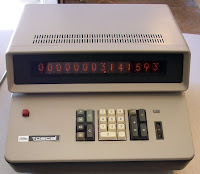 Was it ever good enough? I seriously doubt that. We call this change for the sake of change or, more specifically, change for the sake of not establishing a longitudinal track record of bad data. It's much harder to hit a moving target. And, what's the real difference between yesterday's fad and today's. Very little.

After the slate is wiped clean, the new plan is presented in incomprehensible edu-jagon designed to sound much more impressive than it actually is.

The district's plan is centered on five goals:

* Ensuring all students have access to a quality education.
* Preparing students for a 21st-century job market and a global economy.
* Improving students' transitions to high school, thus increasing graduation rates.
* Increasing opportunities for students to take college courses and participate in internships or other school-to-career activities.
* Improving access to technology.

What the hell does this even mean. How is the school going to transform itself into a 21st Century school. Here's how.

While the high school has already made some progress toward these goals — a new computer lab was installed earlier this year and a new transition program for incoming freshmen was implemented — there is still a lot that can be done, according to Ms. Kohler.

They're installing a new computer lab.

There's other assorted nonsense in the school's plan (foreign languages, assorted "green" nonsense, "Virtual High School" online courses, and creating an iPod mobile lab), but none of it is on par with the stuff the edu-tech bloggers get all giddy about.

But don't worry about that the school is now a 21st century school.
Posted by KDeRosa at 10:36 AM

Yep. You could double your list of "Laws" with "Mush-talk drives out Reasoned-Talk in Education."

This leaves el-hi ed with little or no "how to" and the litter of electronic junk, fogged over with Mush-talk. Corporate business is happy with the language usage. They don't have to invest in educational R&D of any sort, and can keep the "school market" the recipient of the "oldest" technologies rather than the cutting edge capabilities.

If the stuff doesn't work, who's accountable? No doubt about that. School personnel.

Good post! I especially like your statement, "There's a large gulf between those with only a little bit of knowledge and those with a lot and google isn't capable of bridging it." Very well said. Here's another way to say somewhat the same thing - You can't google an unknown unknown.

I love the pictures. Especially that last one.

Somebody should get DBOOTS a copy of Paul Hewitt's Conceptual Physics and have her read the chapters on light, especially the section, "The Rainbow."

That rainbow is completely natural, made by water droplets refracting and reflecting sunlight. No ooze.

I would bet any amount of money that the sun was behind her, and that if you drew a line from the sun to the rainbow to the camera lens, it would make an angle of 42 degrees.

I would also bet that whenever she moved away from an angle of 42 degrees, the rainbow disappeared.

Any sufficiently advanced elementary physics book is indistinguishable from magic.

Speaking of things hopefully being tongue-in-cheek, how about that last comment?