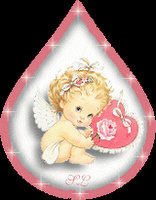 reforms aimed at education alone are doomed to come up short, unless they are tied to changes in economic and social policies to lessen the gaps children face outside the classroom.

A lack of affordable housing makes poorer children more transient, and so more prone to switch schools midyear, losing progress. Higher rates of lead poisoning, asthma and inadequate pediatric care also fuel low achievement, along with something as basic as the lack of eyeglasses. Even the way middle- and lower-class parents read to their children is different, he writes, making learning more fun and creative for wealthier children.

"“I would never say public schools can'’t do better,"” Mr. Rothstein said. "“I'’d say they can'’t do much better,"” unless lawmakers address the social ills caused by poverty.

After an introductory paragraph based entirely on leftie talking points (which even most Democrats probably don't truly believe anymore), Ed settles into his main argument:

I taught low-income emotionally disturbed adolescents. Among the shining jewels of my memory are the moments where I made a difference in these kids' lives. But I can point to as many moments where I felt like I was shoveling sand against the tide. Some of that tide came from school based problems like a lack of textbooks and good professional development. But more of it was built into the challenges that my kids faced every day. And in recent years that tide seems to be running harder. Improving healthcare, public safety, and housing and wage standards would have made a world of difference to these kids.

I'm going to go out on a limb and assume that Ed didn't do his teaching during the great depression or in rural Mississippi, so it's a good bet that any school that didn't have sufficient "textbooks and good professional development" was due to the school's own fiscal mismanagement and not through any real lack of funding.

And, while no one doubts that poor (or what most of the rest of the world would consider to be rich) kids face extra challenges, the notion that the tide is "running harder" today only exists in the make-believe land of leftie talking points and not in the real world, highly-misleading linked-to poverty articles notwithstanding.

My main beef is with Ed's last sentence. There is absolutely to credible evidence that improving "healthcare, public safety, and housing and wage standards" would have made one whit of difference with respect to raising student achievement. All of these things have improved dramatically since, say, the early 70s and student performance, as measured by NAEP has hardly budged.

This idea, of course, comes from Rothstein who basically pulled it out of his ass and started parading it around like it was somehow fact. It is one of those fashionable ideas that seem so compelling, kinda like the concept of Santa Claus, until you realize that Santa Claus doesn't exist.

Rothstein argues that standards, discipline, accountability, improved professional development and smaller classes do matter, but that we can'’t really solve the problems that poverty injects into education without focusing on poverty itself.

Ok, let's break this down. Let's take the last part first: "we can'’t really solve the problems that poverty injects into education without focusing on poverty itself." As I set forth above, Rothstein pulled this out of his ass. We spent almost a billion dollars on Project Follow Through proving that you can indeed solve the "problems poverty injects into education" simply by improving how you teach these kids. In fact, the AFT actually endorses the instructional program that prevailed in Project Follow Through, no doubt because it is, in the AFT's own words, "what works." Ed start reading your employer's own website.

Now let's deal with the first part: "Rothstein argues that standards, discipline, accountability, improved professional development and smaller classes do matter." To Rothstein, these are merely slogans that are sufficiently malleable to include all the fashionable ineffective crap that gets taught in our classrooms every day. You know, the stuff that has people howling for education reform. Rothstein and his amigo Kozol are usually cagey when it comes to any sort of specifics, but they occasionally slip and give us a peek at what they really think. It's not pretty.

Let's not mince words. Rothstein couldn't care less about "standards, discipline, accountability, improved professional development and smaller classes" as a means for reform; he's only for advocating for a socialist utopia in which no poverty exists, which technically is impossible due to how we define poverty. Education reform is merely a means to that end. In this respect education is just like the environment and global warming.

Criticisms of this idea center on how it will harm the atmosphere of reform rather than its truth. Or that Rothstein's goal is to be an apologist, so the argument should be dismissed. That'’s education reform as jingoism. And its simply poor form to characterize Rothstein as saying instructional reform "should be ignored until some far-off day."

Actually, criticisms of this idea center on how it is so outright wrong and factually unsupportable which are at least two good reasons why it should be dismissed out of hand.

Ed winds it up by stating:

Without it, all the facts in this debate so far rest with Rothstein.

And here we come full circle because the only way the post makes sense is if we substitute "leftie talking points" for "facts" which we know from the first paragraph is exactly what Ed has in mind.

Update 1: Kevin responds to AFTie Ed with 56% more statistics. Of course, he does throw in this line "They could have done a lot more to help those poor children, but they by and large didn't make them poor to begin with." This administration, like almost every administration in the recent past, has done more than the previous adminsitration to fight poverty. So, while it is always true that we could have done a lot more, it's not like the current adminsitration has been pikers when it comes to the poor. Time to scrape off the Kerry-Edwards bumper sticker.

Update 2: Julie at School of Blog chimes in: "it is also obvious to all of us that we can eliminate a good chunk of that achievement gap if we start talking about the real problems, the ones that are even harder to fix than poor schools and inadequate teachers." I must be stupid because it's not obvious to me. Show me the money, Julie. Show me a real life example in which low-SES kids (controlled for IQ) were given money, health insurance, food, better housing, and whatever else you want to throw at them and the result was higher student achievement. I'll wait.
Posted by KDeRosa at 12:16 AM

The monopoly of public schools is being used to further their social agendas. They look at these kids as a statistical group and not as individuals. If they allow school choice or full vouchers, which would greatly benefit many kids right now, then they would lose their leverage or power base.

Their paradox is that they cannot do much for kids unless the issues of povery are resolved, and kids can't get out of poverty unless they get a good education.

It's amazing that these people, who profess to advocate for the poor, find themselves unwilling or unable to separate those who can and will from those who can't or won't. They cannot see past "the poor" as some homogeneous group to see "the poor family" (with good teeth) who want their kids to get a good education right now - not platitudes from people who are supposedly on their side.

They can't or won't separate equal opportunity from equal (but bad) education.

With apologies to Winston Churchill,

The HUD Moving To Opportunity (MTO) Program provides an interesting opportunity study the impact of improving housing on academic performance. MTO provides housing vouchers to low-poverty neighborhoods. Researchers have been following the academic achievement of students whose parents took advantage of the MTO program to get into better neighborhoods (and likely better schools). There is some indicated that students did better; however, this recent report finds little effect: http://www.nber.org/~kling/mto/mto_ed.pdf