In Part I we learned how important it is to acquire vast storehouse of intricately-structured previously-acquired relevant knowledge to becoming an expert.

In Part II we learned why learning all that stuff was so important.

In Part III we'll focus on how to learn all that stuff. 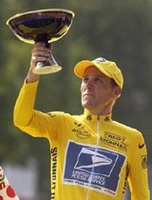 Why is it in most areas of human endeavor we are continually improving in performance, yet in academics improvement has ground to a halt?

Meanwhile the standards denoting expertise grow ever more challenging. High school runners manage the four-minute mile; conservatory students play pieces once attempted only by virtuosi. Yet it is chess, again, that offers the most convincing comparison over time. John Nunn, a British mathematician who is also a grandmaster, recently used a computer to help him compare the errors committed in all the games in two international tournaments, one held in 1911, the other in 1993. The modern players played far more accurately. Nunn then examined all the games of one player in 1911 who scored in the middle of the pack and concluded that his rating today would be no better than 2100, hundreds of points below the grandmaster level--"and that was on a good day and with a following wind." The very best old-time masters were considerably stronger but still well below the level of today's leaders.

While watching swimming in the Olympics earlier this year and the Tour de France, I noticed that they've developed very sophisticated training techniques that, among other things, are designed to control the production of lactic acid in the athletes' muscles.

We've developed sophisticated chess programs and game databases that have greatly improved the level of game play. What about music?

There is usually no way to tell, from a recital alone, whether a young violinist's extraordinary performance stems from innate ability or from years of Suzuki-style training.

Think of expertise in an endeavor as the mastery of many related skills. Innate ability determines how quickly a student will learn one of those skills, how much effort is required to learn that skill, and how successful the student will be learning that skill. Motivation determines how long the student will keep at learning skills. Motivationis increased and strengthened by success. Success builds on success. So when a student is successful at learning a skill (success is a function effort which is a function of innate ability) they are motivated to keep on learning. Keeping up motivation is critical which means continual success is critical.

Any teaching/training program that is designed to build expertise must achieve student success and mastery of the material in order to build motivation so that the students keeps up the effortful study. During effortful study, the student is repeatedly challenged to learn new material, the student must successfully conquer each challenge presented so that he will be motivated and capable of moving onto he next challenge.

Thus, motivation appears to be a more important factor than innate ability in the development of expertise. It is no accident that in music, chess and sports--all domains in which expertise is defined by competitive performance rather than academic credentialing--professionalism has been emerging at ever younger ages, under the ministrations of increasingly dedicated parents and even extended families.

This is what Willingham has to say about the need for effortful study or practice:

Some evidence that a great deal of practice, and not just talent, is a prerequisite for expertise is the "ten year rule," which states that individuals must practice intensively for at least 10 years before they are ready to make a substantive contribution to their field. What about prodigies like Mozart, who began composing at the age of six? Prodigies are very advanced for their age, but their contributions to their respective fields as children are widely considered to be ordinary. It is not until they are older (and have practiced more) that they achieve the works for which they are known.

How are such studies relevant to the average student? Few students will become a Mozart, Shakespeare, or Einstein, but if we want children to understand and appreciate excellence, we would do well to send the message that excellence requires sustained practice. The athletes and artists revered by many students excel not solely by virtue of their talent, but because of their hard work. Edison remarked that "genius is one percent inspiration and ninety-nine percent perspiration." The relative percentages of talent and practice are unclear, but the necessity of long periods of focused practice to exploit inborn talent is not.

Turning our attention to academics, Willingham, gives us the general areas in which students need to focus their practice on:


[S]ustained practice over time is especially useful for developing automaticity in specific skills (which enables higher-level thinking) and in ensuring that a memory lasts as long as needed. Thus, the following types of material are worthy of practice:

1. The core skills and knowledge that will be used again and again. In this case, we give practice in order to ensure automaticity. The student who struggles to remember the rules of punctuation and usage (or must stop to look them up in a reference book) cannot devote sufficient working memory resources to building a compelling argument in his or her writing. The student who does not have simple math facts at his or her disposal will struggle with higher math.

2. The type of knowledge that students need to know well in the short term to enable long-term retention of key concepts. In this case, short-term overlearning is merited. For example, as noted earlier, a science teacher may want students to know a set of facts about certain species so that she can introduce an important abstract concept concerning evolution that depends on these facts. Or, a high school history teacher may want students to master the facts of several Supreme Court cases in order to build long-term understanding of a particular constitutional principle.

3. The type of knowledge we believe is important enough that students should remember it later in life. In this case, one might consider certain material so vital to an education that it is worthy of sustained practice over many years to assure that students remember it all of their life. A science teacher might spend the better part of a year emphasizing basic principles of evolution in the belief that the material is essential to consider oneself conversant in biology. Further, the curriculum might address and require practice in evolution in multiple years to assure that such knowledge will last a lifetime. Do we expect that a 40-year-old will have retained everything learned through the 12th grade? No, but do we expect that she will retain anything? Should she be able to grasp the basics of evolution or describe the different responsibilities of the three branches of the federal government or calculate the area of a circle? Exactly what sorts of knowledge merit the focus required to create long-lasting memory will be controversial, but that practice is required to create such memories is not.

It is this effortful study or sustained practice that is so critical to student's creation of the vast storehouse of knowledge that will be used to chunk critical concepts and automatically recall critical facts quickly, thus, getting around the limitations of working memory and enabling one to acquire those critical higher-order thinking skills which are so important.

Educators think these higher-order skills can be taught directly. Sorry, they can't. One way or another the student will have to acquire all the basic skills along the way to enlightenment. There is no golden road to learning. The only way to real learning is paved with a lot of hard work.

In Part IV we'll discuss why some instructional programs are better than others. Hint: they focus on effortful practice, build motivation in, and are structured to guarantee student success.
Posted by KDeRosa at 4:03 PM

I can say nothing more than this: You are doing yeoman's work on this matter. As a 6th grade math teacher, I appreciate your laser-like focus on this topic, as it is the single most important issue affecting my students.