Note to googling perverts: you are looking for a different kind of discovery learning than this post will provide. 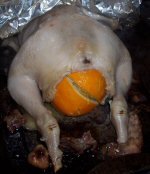 One of the most pervasive and damaging education fallacies held by our nutter educators is that learning should be done in authentic situations or contexts. Authentic learning is supposed to be good because it is natural. Everything natural is good. (Except those deadly natural poisons, bacteria, and viruses; they're not so good.)

As a result, these same nutter educators insist on having students learn in authentic or real world situations. For example, the nutter principal at Philly's soon-to-be expensive failure School of the Future was recently quoted thusly:

Students' class schedules look different, too. They don't take calculus, English or biology. Instead, they attend inquiry sessions, during which interdisciplinary instruction tackles real-life questions such as "Should Philadelphians be worried about avian flu?"

Students learn the science behind the disease and study the environmental concerns. They discover how to research the topic, then they learn how to communicate their findings.

"It's more like life and less like school. I can't think of anything I do that is 'This is math, this is social studies,' " said Shirley Grover, who is called the "chief learner."

I've taken the liberty of emphasizing the toxic buzzwords. These practices are the medical equivalent of being bled and leeched. Doctors don't do this anymore primarily because the life insurance companies and medical malpractice attorneys would open a can of whoop-ass on them. Such countervaling forces do not exist in education.

D-Ed reckoning tip to parents who hear these buzzwords from their child's school: run away as fast as you can and don't look back.

Myths and Misconceptions about Teaching lays out three fundamental problems with natural or discovery learning:

First, [discovery learning] is apt to lead to incorrect learning or no learning at all.

A second problem with discovery learning is that is favors those with more background knowledge... the more one knows about a subject, the easier it is to learn more about it.

A third problem with discovery is that it is inefficient at best, and ineffective at worst. It takes much longer to discover a new concept unassisted than with step-by-step instructions.

Moreover, no one has yet to prove that discovery learning confers any benefit to the learner. Certainly, increased student achievement has been elusive. No benefits coupled with significant drawbacks, especially for lower performers, would lead the rational educator to abandon such a failed pedagogy. Our educators are not so rational; the allure of "authentic learning" persists.

Cognitive scientists have known that "authentic learning" is a load of bunk:

What is authentic is typically ill-defined but there seems to be a strong emphasis on having problems be like the problems students might encounter in everyday life. A focus on underlying cognitive process would suggest that this is a superficial requirement. Rather, we would argue as have others (e.g., Hiebert, Hearner, Carpenter, Fennema, Fuson, 1994) that the real goal should be to get students motivated and engaged in cognitive processes that will transfer. What is important is what cognitive processes a problem evokes and not what real-world trappings it might have.

So what cogntitive processes transfer the best? Those that are directly taught and practiced to mastery.

Many experiments exist that confirm this. One of the more igneneous was the chick sexing experiment. E.D. Hirsch describes it well:

There’s a dramatic experiment in the literature. At issue was the problem of how to teach people to discern the sex of day-old chicks. The protosexual characteristics are extremely subtle and variable, and even after weeks of guidance from a mentor, trainees rarely attain a correctness rate of more than 80 per cent. Learning this skill has important financial implications for egg-producing farmers, and chick-sexing schools have been set up in Canada and California. The school training, which involves implicit learning from real-world live chicks, lasts from six to 12 weeks.

It occurred to two cognitive scientists familiar with the literature on implicit vs. explicit learning that these chick-sexing schools might present an experimental opportunity. They wondered if they could construct a more efficient learning program based on their knowledge of the literature. They decided to capitalize on the experience of a Mr. Carlson, who had spent 50 years sexing over 55 million chicks. From a set of 18 chick photographs representing the different types, Mr. Carlson was able to identify the range of critical features distinctive to each sex, and on the basis of his trait-analysis, a single-page instruction leaflet was created. Training was to consist in looking at this analytical leaflet for one minute.

To conduct the experiment, people without any chick-sexing experience were randomly divided into two groups, one of which looked at the leaflet. Thereafter, both groups were tested. Those who did not study the leaflet scored about 50 percent, that is, at the level of pure chance. Those who looked at the leaflet scored 84 percent, which was even better than the scores achieved by professional chick-sexers. Alan Baddeley, the distinguished psychologist from whose book this example was taken, interprets the experiment as “an extremely effective demonstration that . . . one minute of explicit learning can be more effective than a month of implicit learning.”

(You didn't think I was going to be able to tie in the title of this post to the content did you? Shame on you. What did you think this was just a cheap trick to attract traffic? We'll never know.)

just in case you're not yet convinced, here's another:

Numerous experiments show combining abstract instruction with specific concrete examples (e.g., Cheng, Holyoak, Nisbett, & Oliver, 1986; Fong, Krantz, & Nisbett, 1986; Reed & Actor, 1991) is better than either one alone. One of the most famous studies demonstrating this was performed by Scholckow & Judd (described in Judd, 1908; a conceptual replication by Hendrickson & Schroeder, 1941). They had children practice throwing darts at a target underwater. One group of subjects received an explanation of refraction of light which causes the apparent location of the target to be deceptive. The other group only practiced, receiving no abstract instruction. Both groups did equally well on the practice task which involved a target 12 inches under water, but the group with abstract instruction did much better when asked to transfer to a situation where the target was now under only 4 inches of water.

Presumably the students were able to generalize from 12 to 4 inches of water because they had understood the principle of refraction.

This is not what goes on in your typical "discovery learning" or "authentic learning" classroom. these classrooms revolve around the presentation of a series of 'authentic" problems that studenst are given to work on over the course of days or weeks. Students typically begin by floundering around in the dark for awhile and the teacher gradually offers suggestions and teaches the material during the course of solving of the problem. Once the lessons have been completed, the students are whisked off to the next problem whereupon the process is repeated.

If this sounds inefficient, it's because it is. Notice how the practice comes before or during the abstract instruction part of the lesson. While the kids are busy discovering the intended point, they are missing out on valuable practice time. To the extent they discover the right concept, and I would hope most good teachers assure this, the lack of practice ensures that the knowledge gained will be quickly lost to the ravages of forgetfulness.

Daniel Willingham has has stated this point well:

It is difficult to overstate the value of practice. For a new skill to become automatic or for new knowledge to become long-lasting, sustained practice, beyond the point of mastery, is necessary...

That students would benefit from practice might be deemed unsurprising. After all, doesn’t practice make perfect? The unexpected finding from cognitive science is that practice does not make perfect. Practice until you are perfect and you will be perfect only briefly. What’s necessary is sustained practice. By sustained practice I mean regular, ongoing review or use of the target material (e.g., regularly using new calculating skills to solve increasingly more complex math problems, reflecting on recently-learned historical material as one studies a subsequent history unit, taking regular quizzes or tests that draw on material learned earlier in the year). This kind of practice past the point of mastery is necessary to meet any of these three important goals of instruction: acquiring facts and knowledge, learning skills, or becoming an expert.

The take away from all this is that even if an "authentic learning" program is successful in transmitting conceptual knowledge to a student. The design and inherent inefficiencies of such a program virtually guarantees that students will not get sufficient practice to ensure mastery of the material. Students will also develop bad learning habits in such a spiraling problem-solving curriclum:

The accountability of the teacher is therefore more “comfortable” because the teacher is not expected to get through the material in a specified period of time or bring students to mastery. The spiral curriculum is more comfortable for students because they are not required to learn, use, or apply the skills from one unit to the next unit. They quickly learn that even though they do not understand the details of a particular unit, the unit will soon disappear and be replaced by another that does not require application of skills and knowledge from the previous unit. The design clearly reinforces students for not learning or for learning often vague and inappropriate associations of vocabulary with a particular topic.

If the systematic program is like a stairway, the spiral curriculum is like a series of random platforms suspended on different levels. Students are mysteriously transported from one platform to another, where they remain for a few days as they are exposed to information that is not greatly prioritized. Mastery is impractical with a spiral curriculum design because many students lack the background knowledge they need to stand on a particular “platform.” The poor design relieves the program designer of assuring that earlier-taught skills and knowledge are mastered and used. The poor design also relieves students of the responsibility of learning to mastery and it relieves the teacher of teaching to mastery. It therefore promotes poor teaching and poor learning.

We react to different buzzwords. The one that always makes the bile rise in my throat in this article is chief learner.

And don't you think that term is just a bit hierarchical and judgmental?

Believe me, on a good day I could have highlighted the entire paragraphs with inane buzzwords.

"Discovery learning" reminded me of a famous example: In Plato's Meno, Socrates asks questions of Meno's slave, and gradually leads him up to the Pythagorean theorem.

Of course, Socrates was a pretty good teacher (even if all he ever did was ask leading questions).

When we get enough teachers at the level of Socrates, then by all means, go Discover. Until then, though, perhaps we ought to stick with tried and true.

rightwingprof: hierarchical, certainly. But the big problem is that it implies that nobody is a teacher - everybody's just a learner, which means, we're all stumbling around in the dark.

so glad you reminded me of the chicken-sexing study - I'd forgotten that one!

also, I hadn't thought about the point that discovery learning is going to be worse for kids with lower background knowledge, which is pretty much the defining feature of "disadvantaged" kids

Your misrepresentation of discovery learning is profound. I suggest you read the literature with an open mind.
I will not point you in the right direction. I may tell you how to choose between A and B when you sex a chicken, but this is training not learning.
I am asking you to learn to think. Alternatively you could continue to preach to the converted...

Anon, would it be so difficult to substantiate your argument? Then your argument might be persuasive. This way you look like a drive-by fanboy.