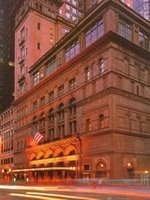 We learned that your brain comprises two main cognitive areas: the working memory (WM) where the thinking gets done and the long term memory (LTM) where knowledge is stored, usually in concrete form when it is first learned. The amount of information that can be held in WM is extremely limited in both size (about seven chunks) and duration (less than 30 seconds). The LTM is not so constrained.

The object of education is to not only get that information into LTM where it is somewhat protected from the ravages of forgetfulness but also to organize that information around deep structure so it is generalizable to new situations. Today's installment will deal with how to accomplish this.

First the bad news. Practice does not make perfect. If you practice or rehearse to perfection, you will be perfect today. You will likely not be perfect a few days later. It is not good enough to learn something to mastery, you have to overlearn it, past the point of mastery, if you want to retain it in LTM. With sufficient practice the skill or knowledge will become automatic.

Automaticity is the ability to do things without occupying the mind with the low level details required. When cognitive processes become automatic, they demand very little space in working memory, they occur rapidly, and they often occur without conscious effort. When a skill is automatic, the knowledge necessary to effect that skill can be transferred back and forth between LTM and WM with ease.

Nearly everybody reading this article is an expert reader. Decoding words is automatic for you. You do not need to laboriously piece together the letters of each word to puzzle out its identity. Your mind seems to divine the meaning of prose immediately and without effort on your part. Try this classic demonstration of automaticity for advanced readers. In this task you are asked to name the ink color in which the words are printed, but ignore the word that the letters spell. Hence for the stimulus Turkey, the proper response is "blue."

For a new skill to become automatic or for new knowledge to become long lasting, sustained practice beyond the point of mastery is necessary. Practice needs to be regular and ongoing and involve increasingly difficult and more complex problems. Practice distributed over several sessions generally leads to better memory of the information. This is known as the spacing effect.

Generally speaking, when something is first learned massed practice (lots of practice) works best followed by many sessions of distributed practice (less practice, but spaced).

And, as you may recall from the last installment, sustained practice also aids the mind in organizing knowledge around deep abstract structure instead of around concrete surface features which the mind is biased to do.

And here's the most important point so I'm going to place it in bold.

No one has yet found a short cut or golden road around the need for sustained practice for learning.

To educators, practice is disparaged as "kill and drill." They don't like it, so they want to avoid it. They are looking for a shortcut around the need for distributed practice to get students to mastery. Fundamentally, they are looking for magic. This is an ongoing theme in modern education. Look at nearly every education reform in recent time and you'll see a common characteristic--the desire to reduce the need for practice.

This brings us to the latest incarnation of educator magic -- constructivism, which we'll discuss in the next installment.

The next installment will be on how knowing stuff helps you learn more stuff.

Go to Installment four now.
Posted by KDeRosa at 9:30 AM

"You will likely not be perfect a few days later."

"Fundamentally, they are looking for magic."

"To educators, practice is disparaged as "kill and drill." They don't like it, so they want to avoid it."

Hard work is a filter and they don't like filters. They won't say that they avoid hard work; they either just recalibrate the definition or say that mastery of basic skills is not necessary. That's why fuzzy math programs barely get past having the kids do just a few fraction manipulation problems. If students understand the concept, that is most important, educators say.

They don't see any linkage between mastery and truly understanding the concepts. One long-time denizen of the Math-Learn forum pushes the idea that practice only makes one faster. Of course, not all practice is equal and there is a point of dimishing returns. However, the current philosophy in the lower grades sets that point very low on the practice curve.

Then, there are different kinds of practice. For example, calculating the dot or cross product for vectors is really pretty simple. It doesn't take much practice to master how its done. However, you can practice the rest of your life learning how to apply these basic tools in new and interesting ways. One doesn't really "understand" these tools by just mastering how they are calculated.

Educators, however, would try to have me "understand" them before I could calculate them. Math is filled with things you have to learn and master before you really begin to appreciate and understand why they are so important. Educators don't like this so they try to force some (trivial) level of understanding before or during the process of learning the mechanics of the task. It makes them feel better, but it accomplishes little.

They want kids to "understand" multiplication before algebra. They have them do things different ways and go on and on about place value. My son in in 5th grade Everyday Math. He understands multiplication, but he doesn't understand why the different techniques work and how they are related. Educators focus on this vague and fuzzy definition of understanding and forget (don't want) to make kids master the basic skills.

A student who has mastered basic math skills has a great foundation for understanding math. A student who "understands" math, but has not mastered the basics is nowhere.

Great articles, but I do have on complaint. Next time, draft and post them all at once. I hate waiting...

Seriously, these articles are excellent. I am trying to figure out a way to print them out and send them to my kids teachers without offending them.

Educators don't like this so they try to force some (trivial) level of understanding before or during the process of learning the mechanics of the task. It makes them feel better, but it accomplishes little.

Understanding is merely the ability to generalize. being able to generalize means that you've organized the information around deep abstract structure instead of surface features. The brain is baised against doing this. It can't be forced. The brain needs sufficient time and practice thinking about the information it's taken in for these abstract connections to be made.

Rory and the rest of you antsy pants,

Check out Willingham's cog sci articles here. That's where I'm getting/stealing a lot of this stuff from.

I looked at "constructivism"
http://instructivist.blogspot.com/2005/10/arrested-development.html and found that there is nothing there there.

Sometimes defenders of the creed claim that the creed is simply a theory of knowledge but then hasten to add that it has implications for teaching. It's a distinction without a difference.

My mother, in addition to being a math teacher, was also a piano teacher (yes, math and music, there is a connection there). I played from the time I was five, and practiced every day. In fact, as an undergrad, I began as a music major. After I left my parents' home and changed my major, I had no access to a piano.

That would have been, oh, more than thirty years ago.

When my mother died in 2001, I inherited the Steinway. The fingers do not remember, or they do, but very imperfectly. The facility is no longer there. About the only thing I can do as well as I ever did is read music.

"Educators, however, would try to have me "understand" them before I could calculate them."

And there's a great deal to be said for that (wait before you jump on me) when you're talking about higher math, or application. (I'll give an example in a minute.) But the problem is that in the case of basic math, there's nothing to "understand." 2^2+4. What's to understand about that?

They substitute "understanding" for actual knowledge.

When you teach a problem-solving class (that would be applied math) and you're introducing a new kind of problem, introducing the problem, asking "how are we going to solve it?" and then demonstrating the tool or application is common sense. That's what I call "understanding," not a substitution for learning. Of course the next step is to teach the students how to solve the problem and make sure they understand how to recognize similar problems and how to solve them.

1. There's lots of support that things should learned with meaning are learned better, but this doesn't support the notion that discovery learning leads to better meaning or learning.

2. If a skill is learned to mastery and then partialy forgotten do to the ravages or time and absence of practice, there will still be considerable savings of time and effort relearning that matterial.

Cognitive science ought to give rise to cognitive engineering provided it is a science.

"There's lots of support that things should learned with meaning are learned better, ..."

Many times you want to (need to) introduce topics and skills that won't mean much until later on. There should always be some level of understanding (or motivation), but it depends on what is being learned.

One approach in systems analysis is called "Top Down", where everything is figured out beforehand: analysis, design, details, everything. It's extremely difficult to do this unless it's something you have done many times before. For most real cases, you try to figure out as much as possible, and then build a prototype. You go back and forth between learning new things and building/doing.

Some people require more preliminary understanding or motivation. Others are perfectly happy learning the mechanics and then waiting for the blanks to be filled in later.